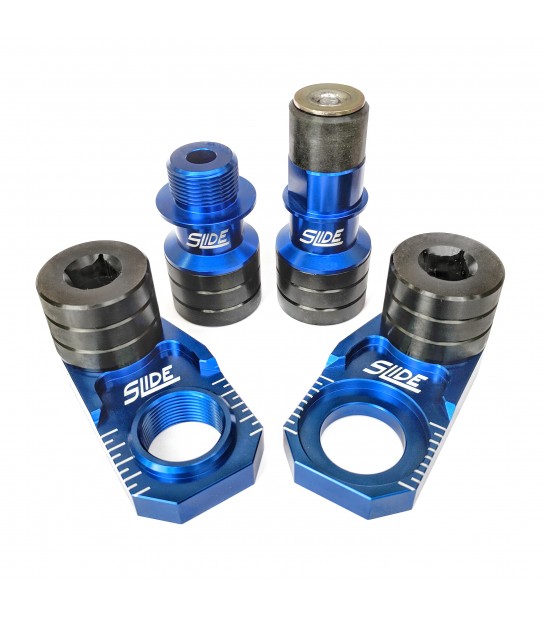 The SLIDEmoto Pro Sliders are the best crash protection you can put on your supermoto. They offer the most functionality and performance of any axle slider on the market. They make wheel changes and bike maintenance a breeze.

*Husqvarna Svartpilen and Vitpilen models will require relocation of the rear license plate because the large rear fender mount is replaced by the right side Pro Slider axle block.